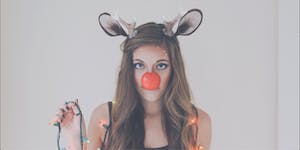 When it's not Christmas, the 5-piece Nella Thomas Band embraces the familiar sounds of Midwestern living in their own unique blend of alternative folk music. Singer and songwriter, Nella Thomas, is an Iowa native who debuted in 2015 with her album, "Yonder Woods," and has since released singles on her own and in collaboration with her husband and fellow artist, William J Locker. Their song, "1871," was featured in Iowa Public Television's Film Lounge series in 2018. Nella has performed on the main stage for the Des Moines Arts Festival, for local fundraisers, and the live music venues in Des Moines and surrounding communities. Others may recognize Nella Thomas as the guest singer for the Dirty Rotten Scoundrels giving the audience her epic rendition of Etta James’ “At Last.”

For the past three years, Nella Thomas has been bringing the glamour and good cheer of the holiday season to the city of Des Moines with her 8-piece band made up of some of Iowa's finest musicians. This show will have you feeling like you are on the set of Irving Berlin's classic "White Christmas," and will feature several local artists including Dustin Smith of The Maytags, Josh Adams of the Dirty Rotten Scoundrels, Adam Bartelt of Adam Bruce, William J Locker, Jerry Lorenson of The Pork Tornados and Towncrier, Josh Davis of Bruce & Parks, and more!